Arundel AG (“Arundel”) is a Swiss corporation whose shares are listed on the SIX Swiss Exchange under the regulatory standard for equity securities (International Reporting Standard). It is the holding company for the Group.

Arundel was formed in 1988 as a property investment company and obtained a listing for its shares in Zurich in 2005. In 2007, the Group acquired four office buildings in Leipzig, Germany, leased to the Free State of Saxony (Covenant Strength: AAA). In 2013, the Group’s near term focus shifted from Europe to India and it conditionally acquired undeveloped parcels of land in India in 2015 and 2016.

In 2016, Arundel acquired RP&C International Inc. (“RP&C”), an investment banking group based in London. RP&C principals have been involved with Arundel since inception and have provided management and advisory services to Arundel since 1998.

Following the acquisition of RP&C, Arundel’s subsidiaries had been regulated in the transaction of their businesses in the US by the Financial Industry Regulatory Authority and in the United Kingdom by the Financial Conduct Authority. While the Group continues to operate from offices in London and Dallas, the Group no longer conducts regulated activities in the United Kingdom.

Since its formation in 1992, RP&C has acted as sponsor, lead manager, co-lead manager, placement agent or adviser on over $8.5 billion of transactions. RP&C’s activities have encompassed the private placement of equity and debt, merger and acquisition advice, the creation and marketing of structured finance products and the formation and management of various investment entities.

RP&C has been involved in raising in excess of $1.4 billion of equity through reverse mergers, initial public offerings and secondary placings; $3.6 billion for investment funds; $1.3 billion of senior and mezzanine debt and $1.6 billion of convertible securities. Industries which RP&C has helped finance include real estate, energy, IT, telecoms, healthcare, mining, metals, manufacturing and transport.

Mr. Quint is a co-founder and has served as Chief Executive Officer of RP&C since 1992. Prior to founding RP&C in 1992, Mr. Quint served as Managing Director of Belden & Blake Corporation's UK subsidiary and as an attorney with Arter & Hadden. Mr. Quint is a graduate of the University of Notre Dame, where he received a degree in Modern Languages and a Juris Doctorate. He also serves as a non-executive director of Ascension Healthcare Plc, a private biopharma company.

Currently in charge of the Indian operations of the Group, Mr Dixit has previously worked for US private equity firms and for General Motors Corporation in the US and India. He holds an MBA from the University of Michigan.

Mr. Borg has been General Counsel of the RP&C group since 1998. He was previously a solicitor in Norton Rose’s corporate finance team specialising in investment funds. He read law at Oxford University. 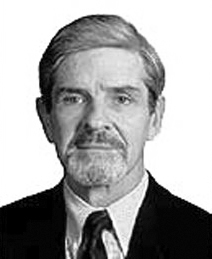 Mr Lucey is a registered representative of Arundel (Securities) Inc (trading as Redwall Partners), and has been involved in merger and acquisitions advisory services since 1985. From 1980 until 1985, he was Vice President – Finance of Continental Forest Industries, the paper and building products operation of Continental Group, Inc. From 1985 until 2000, when he established Redwall Partners, Mr Lucey worked at Rothschild where he served as a Managing Director from 1994.

Mr. Lucey received a BSc (Chemistry) from St. John's University and an MBA from the Columbia Business School.